In Pursuit of Greece

Throughout my career I have been privilege to image submerged history in various parts of the world. From Civil War submarines dating to 1864 to World War II icons of the early 1940’s – I have attempted to focus my lens with a sense of responsibility and individuality to bring these sites to those who will never reach them. Each one has its own place in history and my goal has always been to bring this heritage to life through photography. 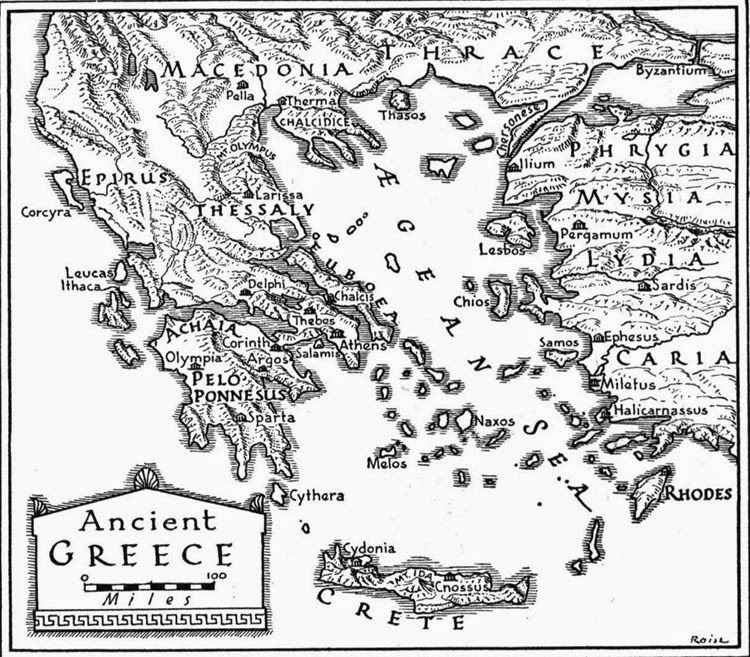 It’s no surprise, then, when I first heard of a project off Greece excavating one of the most famous shipwrecks in history, the Roman Antikythera shipwreck dating to 60-80 BC, my senses tingled. Phil Short, a good friend, instructor, and one of the premier technical and cave divers in the world had been diving with a team of Greek and international archaeologists since 2010. When we spent some time together diving the B-29 at Lake Mead earlier this year, I was certain to “pitch” my very specific set of skills for the project in Greece. With 20 years of experience photographing underwater archaeologists, sites, and science, along with hundreds of hours on a closed circuit Sentinel rebreather, I was hopeful that he would sell my talents to the project leadership.


As a failsafe, I also began working another good friend, Evan Kovacs, a very talented freelance underwater shooter, producer, tech, and all around genius. Most of his work for the past several years has been with the Woods Hole Oceanographic Institution (WHOI) through the Advanced Imagining and Visualization Laboratory. WHOI is a primary sponsor of the work in Greece with archaeologist Brendan Foley being one of the principal investigators. Evan and I have traveled together on several NPS/WHOI 3D shoots and in the South Pacific over the years, so it wasn’t a hard sell on my photographic abilities, only that this is a project I really wanted to be a part of to shoot with him. 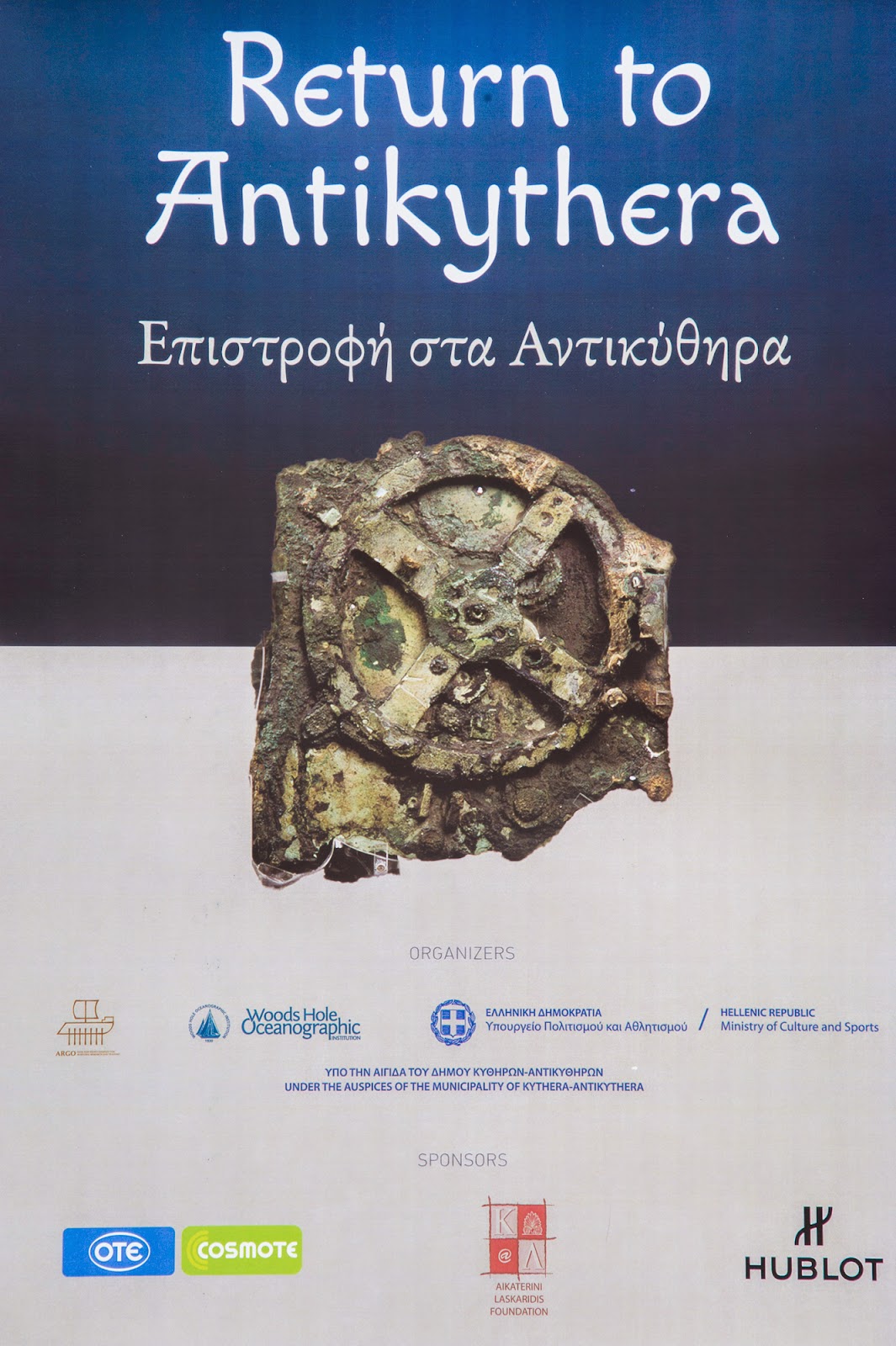 In the end, Evan was contracted to provide the underwater imagery for the 2014 Return to Antikythera project, and I was fortunate enough to hitch my photographic abilities to his wagon. After the budgets were settled, I was in. Not only did I have the chance to work on one of the most significant shipwrecks in the world, but I was going to do it with two very good friends. Off to Greece.
Posted by brettseymourphotography at 8:42 AM No comments:

It has been nearly 75 years since USS Arizona was lost in Pearl Harbor in 1941; 150 years since the first successful submarine in history, HL Hunley, disappeared off the cost of Charleston, South Carolina in 1864; and 161 years since the HMS Investigator was abandoned in the arctic while searching for Sir Franklin in 1853. These are a few “old” shipwrecks I have been privileged to photograph throughout my career –all of which seem modern when compared to Antikythera site- a wreck that dates to the first century BC– almost 2100 years ago! It certainly is a first in my career to be photographing something from before the time of Christ. 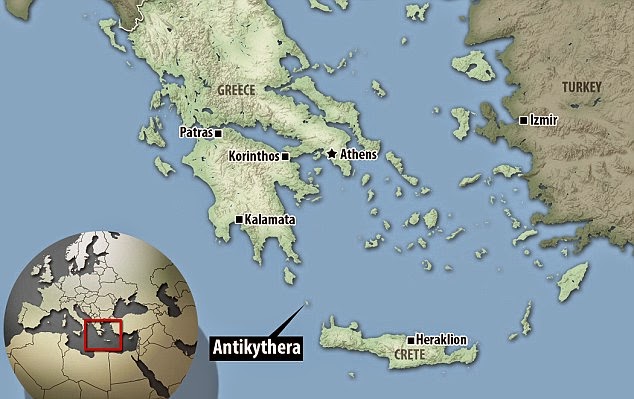 Getting to the tiny island of Antikythera is not an easy feat. Both Evan and I were privileged to speak at this year’s EuroTek conference which took us through London en route to Greece. Once in Athens we overnighted and caught a small commuter plane to the island of Kythera, some 40 miles away from our final destination. Easy so far.

There had been untold evolutions of project planning for the last leg of our journey to Antikythera – charter helicopters, Greek Navy ships, rented fishing boats, and luxury yachts were among them. Issues of excess gear, however, and Force 8 (40-50mph) winds when we arrived on Kythera sealed our transportation fate. There were no air or sea options other than to wait nearly 3 days for the large car/passenger ferry to Antikythera. We passed the time with some hiking, sightseeing and getting locked in a cave.

The final leg in our journey was aboard the ferry that runs throughout the lower Greek Peloponnese island chain. The boarding process was straight out of a foreign movie. I was imagining the soundtrack as motorbikes, cars, nuns, semis, and the elderly all jockeyed for position and scrambling up the loading ramp to board the ferry. After 41 miles (which took 3hrs), we arrived at the small port of Potamos on the island of Antikythera to greet the Return to Antikythera project crew.

After a day to settle into our quarters, prep cameras, set up hard drives, build rebreathers (and discover my electronics were dead), and attempt to learn/remember a platoon of Greek names, it was time to dive. Evan and I had left the States 8 days earlier and were ready to get wet. We jumped on one of the dive boats for a shakedown dive just outside the harbor on some sea pinnacles. Settling at the bottom, I had to check, then recheck, my depth gauge. From 85’ I could look to the surface and not only see the boat, but also easily read the registration numbers on its hull. The visibility was exceptional - this was going to be good!