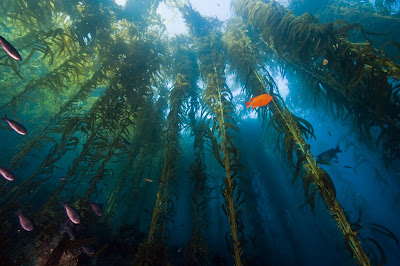 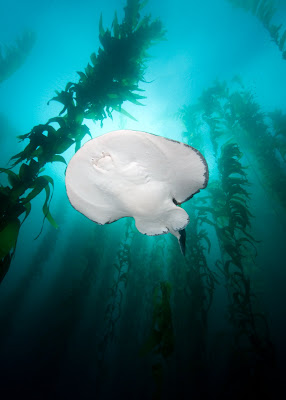 It seems like an urban myth, but occasionally some of the best shots of an assignment do actually come on the last dive...
Posted by brettseymourphotography at 12:06 AM No comments:

When in Channel Islands... 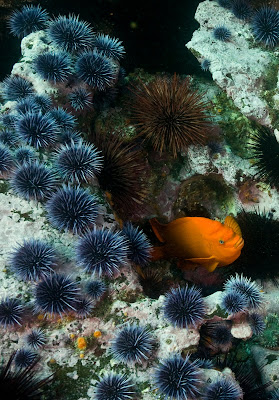 ...you have to walk away with a couple images of the Garibaldi.
Posted by brettseymourphotography at 11:54 PM No comments:

I had one of the most rewarding dives in many years today. In addition to it being my Birthday, we took a slight detour from the shipwreck inventory to dive a location called Gull Island. The crew was gracious enough 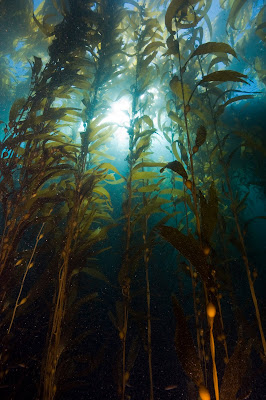 to spend some time there so I could scout for a 3D shoot next year. 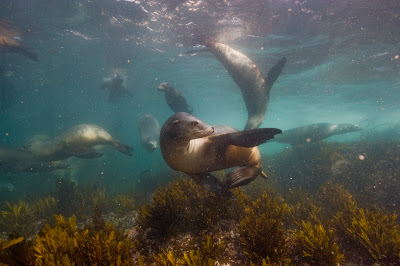 My objective was kelp and sea lions. I was not disappointed!
As we dropped beneath the boat, the bottom was flat and sandy, almost like a field. We swam toward the kelp and through one of the most beautiful kelp forest I have been in. Then came the sea lions. First just one or two, darting in and out of the towering kelp. As we swam into shallower water, there was a posse of sea lions dancing and playing in the shallow surf zone. Now my experience with shooting sea lions is virtually not existent. I quickly learned it does absolutely no good to try and follow there actions or swim into them to get the shot. They reminded me of a pack of teens wandering the streets. A ball of twisted gray black animals would roll by you as one or two occasionally would dart close to the camera and blow bubbles as if to say "can't catch me".
The entire dive was exhilarating. Andres, my dive buddy, was very patient as I wandered the kelp forest and attempted to capture the roving sea lion gangs. The boat crew knew it was a good dive, simply because we spent over an hour and half underwater. A very impressive little dive site and one I will be returning to with 3D HD camera systems to share with the public. 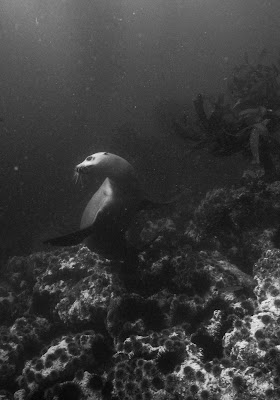 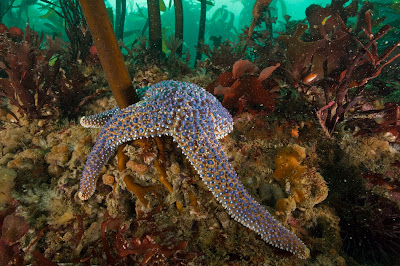 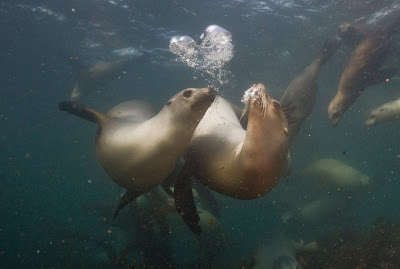 Posted by brettseymourphotography at 12:03 AM No comments: 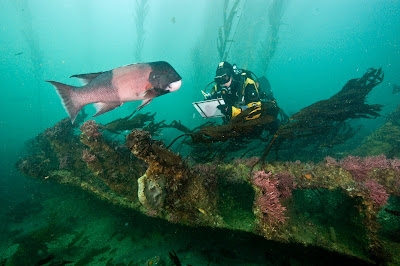 I am working for the week off a NPS research vessel inventorying know shipwrecks and scouting locations for an upcoming 3D HD shoot with the Advance Imaging and Visualization Lab at Woods Hole. Its is great to be back at Channel Islands. Diving in the kelp forest have always satisfied a boyhood dream of flying through the forests and a weightless world.
Other items on the agenda are to test out some new camera equipment and work with a photographer colleague. Its Good to be back in the cold waters of California. Looking forward to spending the week evaluating these new full frame Nikon's and swimming with some sea lions. More later.
Posted by brettseymourphotography at 11:30 PM No comments: