Shooting in the Pacific

When I started working for the National Park Service (NPS) nearly two decades ago as an intern, my primary job was cataloging tens of thousands of slides, by hand and generating a database. Day after day, month after month I viewed the underwater world, including the Pacific, through someone else’s lens. It was the lens of several underwater archeologist and volunteers who were part of the Submerged Cultural Resources Unit (or the SCRU team as we once were known) that had run field projects around the world under the founder and Chief Dan Lenihan’s direction. From 1985-1991 members of SCRU crisscrossed the tiny dots on the map with names like Pohnapai, Kosare, Palau, Chuck, Marjaro, Saipan and Bikini to name a few in a series of “Pacific Swing”. Lenihan was the master of the big picture. For several years he had SCRU partnering with the US Navy under Project Seamark with unprecedented access to Navy assets, divers and support. This partnership in conjunction with official request from several US Trust Territories let to archeological assessments throughout the Pacific that are still the benchmark for research in the area some 25 years later. 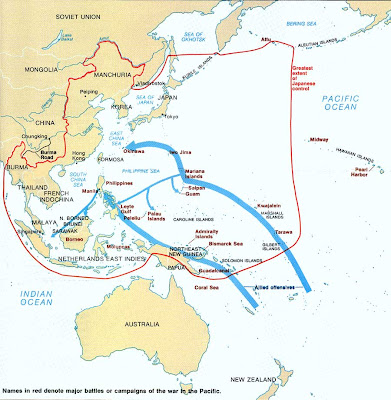 From 1941-45 these miniscule dots on a map had the utmost strategic importance for both the Japanese and American forces and the battles that were waged over their control were some of the bloodiest in the history of the war. To the underwater archeologist, these islands hold unprecedented concentrations of WWII era heritage. In most cases, the most preserved icons of the WWII in the Pacific were found underwater – not rotting in the jungles. I often imagined what it would be like to image these relics of war - airplanes and tanks, shipwrecks and submarines as I cataloged the tens of thousands of slides the NPS had generated over their “Pacific swings” back then. I finally get my chance to hit a couple of those dots on the map.

Over the past year, the NPS SRC has been planning a 3D outreach and education project in conjunction with Australia’s Flinders University and the Advanced Imaging and Visualization Laboratory (AIVL) at Woods Hole Oceanographic Institution (WHOI). The concept is to film 3D HD on the already established underwater maritime heritage trail in Saipan, which is part of the Northern Marianas islands some 1300 miles southeast of Japan, to both document the sites but also interpret the underwater WWII remains of the area through a 3D documentary production. The partnership is designed to build on the archeological and interpretive products generated under the direction of Jen McKinnon at the Department of Maritime Archeology at Flinders. Also on the team was Toni Carrell, formally a staff uw archeologist with SCRU who participated in the previous work on Saipan and edited the 1991 NPS publication “Micronesia, Submerged Cultural Resources Assessment, who is currently with Ships of Discovery. Finally, the two main partners in terms of the uw documentation was the well seasoned collaboration between the SRC and the AIVL that has put 3D cameras in NPS units for 15 shoots over the past 4 years. The Saipan project was also an extension of the ongoing 3D documentation in NPS units which now would include American Memorial Park. Although not directly within the park boundary of this NPS unit, the parks mandate is to interpret the events and is thematically linked to the very sites we are targeting to image. The travel has been booked, the logistics worked out and I am heading to the South Pacific to shoot for the first time in my career.
Posted by brettseymourphotography at 9:30 PM