LVTs (Landing Vehicle Tracked) were amphibious tractors originally intended to act as cargo carriers for ship-to-shore
operations during WWII. However, they rapidly evolved into assault troop carriers and fire-support vehicles. These craft were capable of traveling through the water and crossing shallow and sometimes exposed fringing reefs. 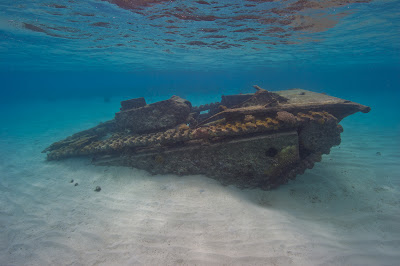 Seven LVT models were produced and used in the Pacific, including the LVT(A)-4 that fought in Saipan. This type eventually became known as the “Marianas Model” due to modifications made to the vessel by its crew. 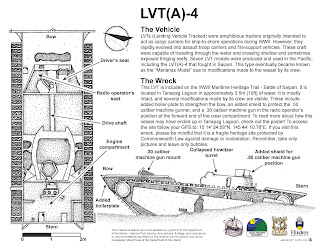 Posted by brettseymourphotography at 8:02 PM