The Story of the Investigator - Part 3 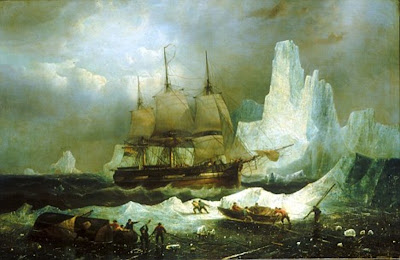 As the figure closes in, the crew hears “I am Lieutenant Pim of the ship Resolute”. Rescue. A sledge with a small search expedition soon arrives. The lives of the 32 Investigators have been saved. Men, most carried by sleigh, were transported across the snowy landscape and taken aboard the ice-bound Resolute and its accompanying ship the HMS Intrepid. The HMS Investigator is abandoned. Winter slowly gives way to spring and the Investigators begin to regain their strength back on full rations. Plans are underway to finally leave the Arctic and transit back to England. In September of 1853 the ice was breaking up and the ships set sail for open water. Miles passed and visions of escaping the wretched Arctic grip was palpable. Days later, the crews awoke to a gruesome site. Ice was pressing in on the ships from all sides as far as the eye could see. The ship was put on 2/3 rations which was of no consequence to the Investigators. They had survived so much worse. What was nearly impossible to accept was the reality that they were overwintering in the Arctic yet again – their fourth.
In that fourth and final winter two more of Investigators crew would die of effects from starvation and scurvy. The crew would be forced to abandon ship one more time, this time from their savior, the Resolute which was hopeless trapped in the ice, to the North Star some 200 miles over the ice to the East. On August 26, 1854 the sails of the North Star are unfurled and the ship was underway toward England in the open sea. Four years after entering the Arctic in search of the lost Franklin expedition, 30 of the original 33 Investigators are finally free.
In the end the crew of Investigator were hailed as heroes upon return to England. Captain McClure was credited with the discovery of the Northwest Passage based on his overland excursions and his definitive geographical mapping which connected his westward expeditions with earlier eastward journeys by previous explorers. For his hardship and discovery he was knighted and awarded 10,000 British pounds - equivalent to more than $2million today. Half for himself, half to distribute among his officers and crew. In all, the story of the HMS Investigator ranks up there as one of the greatest stories of desperation, hardship, and survival of all time. For a more detailed account, as well as unforgettable read, check out The Ice Passage, A True Story of Ambition, Disaster, and Endurance by Brian Payton. Just make sure you have plenty to eat and a warm blanket handy. 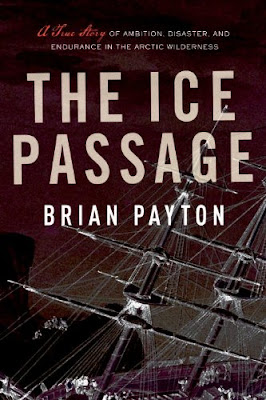 Posted by brettseymourphotography at 2:32 PM